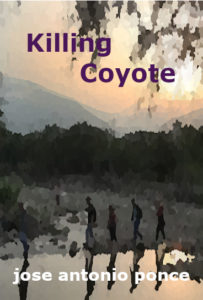 When Eliseo Martinez's nephew and his nephew's wife and unborn child are left to die in a grain car by human traffickers, or coyotes, Eliseo vows to hit them where it will hurt them the most by disrupting their illegal operation. With the help of an old school sheriff and dogged by a crazy woman and a murderous thug, his journey takes him from his job as a ranch hand in New Mexico through Texas and Mexico searching for those responsible for killing his sobrino. Preview or purchase online at Killing Coyote.

A second collection of short stories and essays from the author of "Killing Coyote." Meet a foul mouthed parrot named Chico, a has been comic who's career has been turned around by the murder of his ex-wife, a jealous recliner and a woman with a mysterious box. Preview or purchase online at work@home

Written 26 years after the birth of his first son, this  book of proverbs for living in a modern world was the result of Jose having lost custody of his son. Re-united years later, the book was written in the hope that wisdom passed on to him by his father could still be useful to his son. This pocket-sized book is handy for sharing the wisdom of a father to his now grown son. Preview or purchase online at From Father to Son 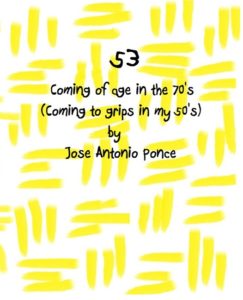 The first book of prose and poetry of nostalgia for love, lust and life. Jose began writing poetry at the age of 13, but, as he says, wasn't really any good at it until he was 53. The work take you on a journey from youth through middle age. Sometimes humorous and at other times heartbreaking, everyone will find something they can relate to in this prosaic memoir. Okay, boomer. Preview and purchase online at 53. 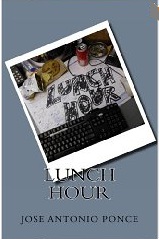 The first book of short stories and essays from the author of "Killing Coyote." Find out what it's like to be a movie extra on the set of "Paul," learn how soccer ruined America's status in the world, discover the Pod People and what it's like to be an Old Fart. Preview and purchase online at Lunch Hour.