Willis Alan Ramsey once trashed his hotel shower. Ice T admitted to him that he really didn't like playing a cop. Eva Longoria asked him to teach her the lyrics to Las Manaintas.

A songwriter for forty-five years, Jose began  performing in clubs at age 16. When he wasn’t on stage, he had to stand outside to avoid breaking the law. He could work in a bar, he just couldn’t hang there.

At 18, Jose was hired as a roadie for a Jefferson Airplane concert that was passing through town. By the time the concert was over, he was asking concert promoter Bill Graham if he would hire him for the rest of the tour, He left town with the band. During tour off time, he swapped tunes with band members Jack Casaday and Jorma Kaukonen.

In 1977, Jose moved on to road manage for Led Zepplin, setting up and taking down concert venues with one of two sound and lighting crews. He then went to road for the  Outlaw tour with Willie Nelson and Waylon Jennings. He ended his tour career as guitar tech for Hoyt Axton.

In his early 20s, he was introduced to jazz which changed his perspective and stopped playing rock and folk music to concentrate on jazz and acoustic music. He played bass and guitar in small clubs around the country, and was introduced to  jazz masters like Milt Hinton, Ray Brown, Zoot Simms, Peter Appleyard, Lou Soloff, Howard Ellis, Art Pepper, Dexter Gordon and many more.

In 1980, he was cast as a "Mexican" in a TV mini-series filming in Santa Fe. He continues to to play a Mexican in film and television. His experience spurred Jose to write about the movies for a few national magazines.

In 1986, Jose took a job in radio as an on air personality and later, as a record promoter. In 1988, he volunteered for the newly formed New Mexico Music Industry Coalition, an organization dedicated to the promotion of New Mexico artists, producers, songwriters and engineers.

In 1990, he joined the national folk group the Windsor Creek Trio and continues to tour with the band.

In 2005, he and wife Kathy took over the NM MIC Awards as owners and producers and re-branded it the New Mexico Music Awards.

Jose has hundreds of stories from a lifetime in music and film, from breakfast with Brenda Russell to dinner with Barry White. With tons of songs in his repertoire, he can play anything; country, jazz, blues, folk and more. Jose’s shows are entertaining and crowd pleasing.

Jose continues to write and sell his music to national and international artists. You can still see him in the occasional film or TV show. He has written six books and co-produced music documentaries and performance videos. Through the New Mexico Music Awards, he works to promote New Mexico musicians as artists and to film and television. 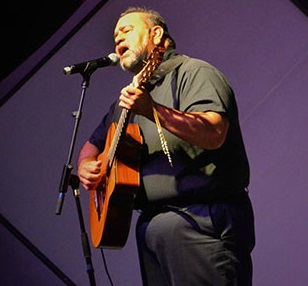 The key to a good performance is planning. Reach out and let us know how we can design and execute a program that will entertain and inform your audience.